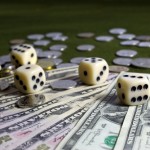 As the demographics of consumers change and the market becomes more global, the number of face‐to‐face interactions with customers is decreasing or, in many cases, disappearing altogether. Companies now rely heavily, and sometimes exclusively, on technology to support customer interactions. If those interactions are not satisfying to the customer, they will switch, and in some cases, they will tell all of their friends on Facebook or Twitter. The need for high quality interactions has never been more important, and the cost of failure has never been greater.

Customer interactions are running on autopilot in many cases. IVRs are handling and routing calls with the stated objective of maximizing IVR containment rates. Chatbots are handling the front end of chat sessions with customers. Emails are being scanned for keywords to route properly and to possibly respond with a canned answer. Websites are serving customers through the use of knowledge bases, FAQs and all sorts of other tools. These systems are there to eliminate or reduce the cost of human intervention while offering the customer a positive self-service experience.

But what if these systems are not operating effectively? Do you even know? Do you rely on customer complaints and surveys to find out? My experience is that most companies have no idea. They are letting technology manage the most critical asset of the company, the customer, and they don’t even know if the technology is working consistently.

Many companies deploy point solutions that address some aspects of load testing or monitoring, and they often rely on manual efforts for functional testing. Manual testing is generally unreliable, inconsistent and inefficient, and it does not provide sufficient test coverage to assure that the application truly works. Companies will automate certain aspects of the process, but they don’t benefit from a comprehensive program that covers the entire innovation lifecycle. Many companies only do real testing in reaction to an outage of some sort, after customers are dissatisfied and on their way to the competition. The fact is, many companies are rolling the dice with their customer experience and use 'hope' as a strategy.

Recently Cyara was prepping a demonstration for a prospect that we had a call with on the following day. This prospect was a major bank. Since Cyara's monitoring software requires no installation other than a phone number, we were able to begin monitoring this prospect's IVR immediately. The intent was to show them how Cyara Monitoring works and share the reports that are available in our portal. As we began the monitoring campaign, we noticed that the IVR was degrading, and we were witnessing a major meltdown. Calls were being dropped and wait times between IVR steps were shooting through the roof.

On the following day, our contact at the bank was obviously panicked, and our call was almost cancelled due to a major service outage in their contact center caused when their IVR failed. No one in the bank's IT department had any idea of what had caused this failure. We were able to open our reporting portal and show them exactly what happened as it happened. With this information, the bank was able to make some adjustments to the IVR to prevent future failures. The prospect was impressed that because of our monitoring in preparation for the demonstration, they could actually see what had happened from the perspective of their customers and even listen to the calls as they failed.

Value of Monitoring the Cyara Way...

Call center applications are complex, and they are often an integration of several technologies from several vendors that are expected to work together seamlessly. We know this isn’t always the case. The only way you can be sure that your production CX environment is healthy and all systems are working as expected is through monitoring from the perspective of your customers. Device-level monitoring can be deceptive, and it does not tell you what customers are experiencing.

For this prospect, Cyara was able to demonstrate the value of monitoring and reporting by pinpointing where the IVR failed. Normally, alerts would have been set up to notify the customer as the IVR was degrading, providing them with the opportunity to intervene before the collapse occurred. Had the collapse not occurred, would they have even known there was a problem? This leads me to ask some questions. Are there problems in your CX environment that you don't know about? How many customers are leaving you as a result? And finally, had the application been properly tested in the first place would this outage have occurred?

Cyara is the world’s fastest growing provider of omni-channel customer experience testing and monitoring solutions. The single platform allows customers to have a comprehensive suite that provides coverage for the entire innovation cycle. Installation is non-invasive and very fast. Cyara customers innovate faster and more predictably saving time and money in the process. Most importantly, they save their customers from negative experiences.

Our customers often start with functional testing, monitoring or load testing. That choice is yours. Cyara domain experts can help you design and deploy a system, but by the time they are finished, you will have a single platform solution that covers the entire innovation cycle. To get you going quickly, find out how Cyara can give you an advantage with a free 30‐day monitoring trial. Quit rolling the dice with your customers. Sign up today and replace 'hope' with real information as your strategy to bring sanity to your customer experience challenges.

Cyara Customer Satisfaction - Heading Off Issues Before They Arise

The goal as a company is to have customer service that is not just the best but legendary. ~ Sam Walton

What is the GNU Bash Vulnerability?

Ensuring the security of our software against external vulnerability is a primary concern for Cyara. Unfortunately in today’s world, the threat of bugs and security breaches is all too common. Over the past few days you may have heard about the Bash Shellshock...

From the Front Lines: Common Experiences with Recent Load Tests

All around the world, Cyara's global Professional Services team has been busy running load tests. And regardless of the customer or the region, some things are common with these tests.

Today, we're sharing a few details about types of load testing because, as Sir...