The Gift of Time: Give More to Your Customers, and Keep More for Your Organization 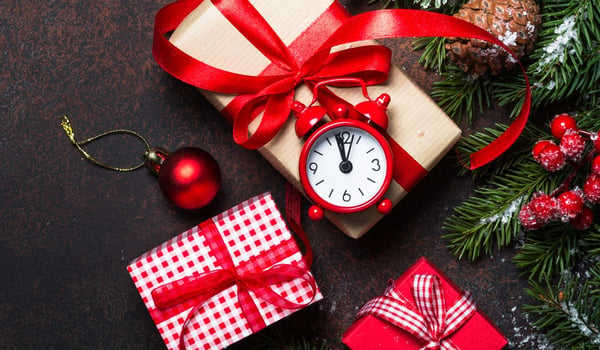 Time is the one resource we never seem to have enough of, and it’s the hardest to come by when you’ve already run out. How do you find more time in a world where teams are already pushed to their limits in terms of efficiency and productivity?

Organizations who practice DevOps already know this answer: automation. Anywhere a manual task can be automated, it should be. Platforms like Cyara, designed to take on and automate large segments of testing and monitoring through intuitive automation processes, fit seamlessly into the DevOps model and free up valuable time and reducing human error.

Here are a couple of stories from organizations whose internal teams and customers have all benefited from the gift of time.

Automated Testing Saves the Day... And the Weekend

“People are good, but robots tend to be a little bit better." –Mark Shaw, Assurant

Assurant is an insurance company with about 15,000 employees, that works with partners to handle policies and claims across three main divisions—Global Housing for policies such as homeowner’s and renter’s insurance, Global Lifestyle for device and electronics protection, and Global Pre-Need which provides prefunded funeral insurance and annuities. About a third of its employees work in contact centers, where a large portion of policyholder servicing is conducted.

As you can imagine, Assurant relies heavily on IVRs to route callers to the most appropriate agent, or to help address straightforward, commonly asked questions that would otherwise need to be answered by a live agent. In all, Assurant has more than 12 IVRs that vary in complexity and perform a range of functions.

When one of their legacy IVRs needed to be updated to make it more customer-friendly, and to enable its infrastructure to handle different types of interactions, Assurant’s team knew there would be hours of testing involved. The typical transaction case for a customer’s path through the IVR was about 3-5 minutes per case. By setting up automated test cases, they were already counting on saving a great deal of time.

What they were not counting on was running into issues in their first sprint that took days out of their testing window. An outage in their system of record pushed testing back first one full day… then two… then it was Friday afternoon before they were able to even start testing, with sprints scheduled to be completed on Monday. As Assurant’s SVP Mark Shaw put it:

“Without Cyara, we would have probably been in a world of hurt. We would have had to, at minimum, test Saturday and Sunday and probably into Monday. We feel we probably cut half the time off that testing.”

With Cyara in place, a few team members were able to run through and complete all testing in a single Saturday. The team got back a good portion of their weekend, and saved themselves an incredibly stressful Sunday-into-Monday in the process.

“The dashboard is very intuitive with Cyara. We have the red gumballs, the green gumballs..." –Sandeep Singh, CGI

CGI is a global technology company with about 78,000 agents working from hundreds of locations worldwide. They deliver end-to-end services and solutions, including strategic IT and business consulting, systems integration, intellectual property, and managed IT and business process services. Their operations serve clients around the clock in a range of industries, including banking, insurance, life sciences and many more.

For one banking client, the team providing 24/7 production monitoring was charged with overseeing the operation of about 40 separate applications, including monitoring of the IVR channels. CGI found that the IVR application was monopolizing a great deal of the team’s time with a very inefficient manual monitoring process. In order to check the operation of a customer’s IVR, the team had to call in and listen to every test case in order to verify that it was working as expected. In addition, their outdated notification system required a member of the team to open and manually fill out a ticket whenever an issue was encountered.

The entire process was frustrating and time-consuming, and this was time they knew could be better spent on higher priority tasks that would add value to the organization.

By implementing Cyara, CGI was able to automate all of their IVR validation scripts and run thorough tests every 15 minutes on a continual basis, around the clock, resulting in higher confidence that errors were being caught quickly.

They were also able to phase out the manual ticketing system. Now, anyone who needs to be alerted of an issue receives an automatic notification via email or a text, accelerating their ability to respond and resolve the problem more quickly. As CGI’s Director Sandeep Singh puts it:

“We have increased efficiency. Our team is spending very little time doing hard work; we have moved to doing smart work—getting the notifications and reacting to it, adjusting our test cases. Maintenance has become easy.”

The CGI team continues to improve their response times and uses Cyara’s reporting to spot trends in IVR functionality over time, further fine-tuning their efficiency.

“We learned the importance of test coverage the hard way."

With a customer base of over 344 million mobile users worldwide, one leading mobile communications provider believes that human connection is at the heart of our society and quality of life. Their focus has always been on giving purpose to technology, not the other way around.

This human element in customer experience, in addition to the digital transformation of its business, helped drive one of their planned upgrades to its IVR system—implementing best-of-breed speech recognition software that would help improve the accuracy, efficiency, and natural language conversation capabilities of its self-service IVRs.

Because of highly anticipated improvements to the customer experience, the team was under pressure to meet a tight development release date. They were given only 3 weeks to implement. In the past, manual testing of their IVR would have taken 3 weeks alone to perform. The new IVR would require adding more testing to cover the new scope that included speech recognition functionality. Even operating at maximum efficiency, testing manually would have pushed the project well beyond the release deadline.

As if that weren’t enough pressure, the quality of releases had also recently come under scrutiny. There had been far too many errors making their way into production because their regression testing couldn’t cover all test possibilities or the complete customer journey.

This release needed to be as free of errors as possible—and completed quickly.

The team turned to Cyara to greatly reduce testing time, which allowed them to release the IVR updates on schedule. Quality has improved, thanks to Cyara’s ability to increase test coverage and identify bugs throughout the testing process. According to the organization’s IT Project Manager:

"For the first time we are doing end-to-end testing of the customer experience. Cyara increases the quality of our IVR deployments and increases our time-to-market to just a few weeks. In addition, Cyara has enabled us to move to Agile development.”

Their testers are now “smart testers” who have more time to spend on new functionality, manually creating the initial tests, and then automating them once they are satisfied with the customer experience.

If you’d like to hear more about some of the Cyara customer success stories profiled in this blog series, you can watch on-demand replays of their sessions from our Virtual Xchange conference.

Come back soon and see what’s next to unwrap in Part 2 of our 3-part series!

I recently caught up with Scott Anderson, SVP, Senior Team Lead, at Bank of America, and asked him how his team makes test automation so successful. Scott is an expert in IVR quality assurance and testing and has been at the forefront of customer experience...

The Gift of Peace of Mind: Minimize Risk while Creating Memorable CX

3 Holiday Wish-Listed Gifts to Give Back to Your Customers... And Your Business | Part 2, Peace of Mind

In our first part of this blog series, we talked about giving back the gift of time. This week we’re exploring a resource that’s just as precious and can be...

3 Holiday Wish-Listed Gifts to Give Back to Your Customers... And Your Business | Part 3, Happier Customers

Customer experience is a key competitive differentiator, and keeping customers happy matters more than ever. According to Zendesk’s most recent trend report