If You Want to Win the Customer Experience Race, Take off Your Blinkers

Did you watch the Kentucky Derby earlier this month? Millions of people, even if they aren’t horse racing fans, tune in every year for this Triple Crown race. We love the tradition, the pageantry and the big payoff, if we put our money on the right horse. 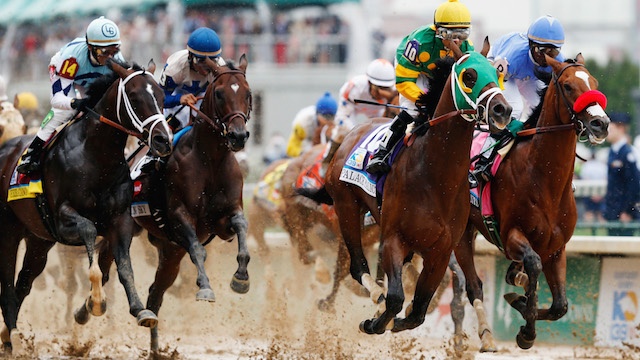 Some of the horses wear what’s known as blinkers as they gallop full speed around the track. With blinkers, which are part of the horse’s headgear, a horse can see only what’s directly in front of them. They can’t see what’s beside them or behind them. In short, they have a very limited view of the race.

You may not be aware of it, but your view in your contact center may be incomplete. You can see the data that’s immediately in front of you, but if you can’t see real-time what’s happening with your customers, you have a very limited view. It’s as if you are wearing blinkers. Like the racehorse, you may be moving at top speed, but you can see only a portion of the racetrack.

I am a senior marketing manager for Cyara, and we specialize in customer experience testing and monitoring solutions. This past week, I was helping a colleague prepare for his presentation at SpeechTEK, an industry trade show. The presentation was in the analytics track, but what we wanted to show was that traditional analytics inside your contact center often don’t tell you about serious CX issues your customers are experiencing.

Here are some customer stories we heard from our tech guys that are great examples. In each case, there were no indicators from traditional contact center metrics that identified the problem. In fact, the only way the companies knew that something wasn’t right was from customer complaints.

Sometimes the design is at fault. We heard similar stories about poor IVR design at both a large bank and a large mobile phone provider. When the caller was connected to the first IVR, they were asked if they were a new or an existing customer. Callers who picked new were transferred to another IVR where they were asked to enter their new customer number, which they hadn’t set up yet. Without the number, they were sent back to the first IVR to start the process over. Effectively they were in an endless loop until they hung up. After customer complaints, both companies used automation to crawl and map their IVRs, and they were able to quickly see and fix their IVR options.

Customer Example 2: You Have to Run Enough Tests

A large retail energy provider was hearing from customers that they had a problem. Calls were being dropped, but there were no information to help them isolate the issue. They did some manual testing, and it looked liked these problem calls were random. When they used automated testing, they were able to run more tests. As it turned out, with more testing, they could see that every fourth call had an issue, and these calls were coming from their fourth IVR, which was going bad. Once they knew the source of the problem, they were able to repair that IVR.

A major telecommunications company had invested heavily in IVR speech recognition to get callers to the right agent as quickly as possible. Suddenly, calls that should have been handled in the IVR and passed to the right agent were coming into general agent queues with no tagging to indicate why the customer was calling. Their contact center metrics weren’t giving them any indication of why this was happening. With proactive monitoring, they noticed that the untagged calls were occurring on Monday afternoons between 12 – 2, which was their peak time every week. Once they identified this pattern, they discovered that their speech recognition servers did not have enough licenses to handle the peak time and corrected the issue.

Find out more about Cyara!

What Are You Testing—Everything, or Just What You Have Time For?

When it comes to testing IVR development projects, most companies that are testing manually will answer the latter. The amount of work required for manually testing IVR applications can vary greatly depending on the complexity of the IVR. And, there are other...

Did you see the pictures of the blizzard in Colorado this week? Imagine being stuck out there on the highway and needing to call for help. Now imagine not being able to get your call through. Weather is just one emergency that can cause a meltdown at a contact...

Delivering Great CX from Your Side of the Wall

There’s a wall in your contact center. It’s the wall that separates you from your telephony vendor. It’s not a physical wall, but you can’t see through it. And, to your customers, any problem they have with their call not getting through is YOUR problem,...