International Women's Day: In Recognition of Our Pioneers

Today is International Women's Day, a great day of celebration, reflection and re-dedication to the advancement of women in all aspects of society. I often reflect on how we got here: it was some intrepid  women pioneers who led the way. My mother was one of them. 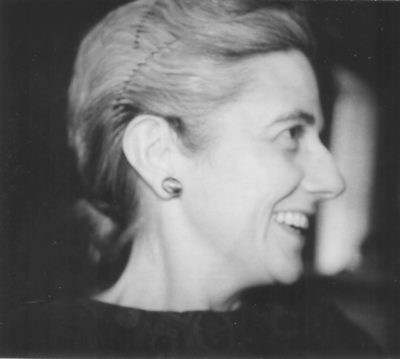 My mother was born almost exactly 100 years ago in the small town of New Boston, Illinois in Mercer County, near the Mississippi River. It was a small farming community where everyone knew everyone else. It was a different world than the one we live in today.  The 19th amendment had been passed only months before validating women’s right to vote, only 1 in 5 women worked outside the home, and it was exceedingly rare for women to attend college. The vast majority of elite institutions of higher learning did not admit women at all and almost  no women attended graduate school.

She was academically strong and became valedictorian of her high school outperforming the men.  How she overcame society’s strictures on the role of women and to become one of the very few to attend college in the 1940s, I don’t know.  I can only imagine what her conversations were like with my Grandparents.

She then went to the Big City of Chicago and got a masters degree while working full time.  She continued working full time as a psychologist after getting married and after having children.  She was definitely an outlier. Only 1 out of 3 women worked in jobs outside of the home in the 1950s and into the 1960s.  She married late at age 30 and she didn’t start having children until she was 37 (unheard of in that era).  Hard to fathom how much fortitude women had to have to persevere and be successful in a career.

In the technology industry there are also some outstanding ‘outliers’ who led the way as well who were contemporaries of my mother’s generation. Grace Hopper earned a Ph.D in mathematics and then went into the US Navy and worked on some of the very first computer prototypes. She invented the concept of the compiler and the concept of the machine independent computer language as well the forerunner of COBOL. Katherine Johnson was a mathematician who had a distinguished career at NASA, popularized in the book and movie, “Hidden Figures.” She led the computational calculations for America’s first manned space flights.

Bias wasn’t ‘implicit’ back then, it was baldly ‘explicit’ and the pioneers like my mother helped pave the way.

While there have been remarkable strides, particularly in the last generation, we have so much further to travel. Hats off to you, Mom, and the other great pioneers who helped open doors for future generations of women.

Guest Post by Martin Hill-Wilson: How I See Cyara's Value in a CX World of Constant Iteration

I arrived at the Cyara Xchange Roadshow in Manchester with excitement. Having been briefed on the brand’s focus and expertise, I was looking forward to hearing more. It seemed to perfectly dovetail with what I’ve have been seeing in contact centres: a place where...

Each March, International Women’s Day provides us an opportunity to reflect on all of the advances women have made. Even more importantly, it’s an opportunity to look forward to how much more we can all do to accelerate gender equality. This year’s theme of...

The Movement Behind Women in Tech is Picking Up the Pace

Last week, Cyara joined with many organizations worldwide to help raise awareness on International Women's Day, with reflections by our President James Isaacs and CMO Linda Chen, along with a wide range of statements and support from Cyarans on social media....