How Much Does a SEV1 Cost Your Organization?

The answer is, it depends. The cost of a SEV1 depends on many factors including when the error is discovered and how difficult it is to diagnose and repair. But first, what is a SEV1? 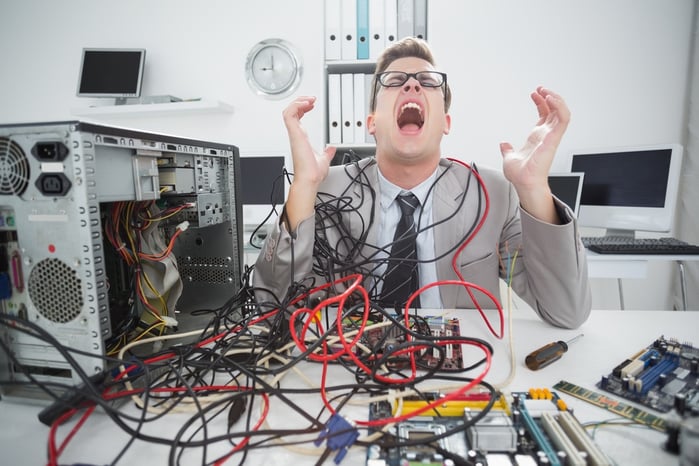 Almost every organization has its definition for a SEV1, which is shorthand for a Severity 1 error and also for ‘something is very wrong'. Severity 1 is the highest severity, and in a contact center it is typically used when key functionality is not working or an entire application is failing. It is also used when software performance is so significantly degraded that it seriously impacts production. In almost all instances of a SEV1 software defect, no workaround is readily available. As I said, something is very wrong.

Two examples of a SEV1 defect in the contact center could be software, such as the CRM system used by agents, operating too slowly to be effective, or an error in the IVR that sends a significant number of additional calls directly to the agents. In the latter case, the IVR might not be responding appropriately to callers, and this may cause large numbers of additional callers to exit the self-service functions in the IVR. This type of an error condition can have a very negative impact on caller hold times, customer satisfaction and — depending on how long it takes to resolve the condition — even result in unplanned agent overtime.

A real-world example of a SEV1 occurred at a US-based retail giant who is a Cyara customer on Black Friday — one of the busiest shopping days of the year. Credit cards had stopped processing on both the retailer’s website and in the contact center. Ultimately, it was found to be an issue with the third-party credit card processor connection. The issue was detected within two minutes because the retailer was tracking operational metrics using the Cyara Platform. But the impact to revenue could have been far greater. But lost revenue is just one of the possible costs of a SEV1.

The Cost of a SEV1

Let's take a look at what a SEV1 can cost your organization. Extended caller hold times can result in additional telephony costs as well as lost sales. Lost sales may occur if your customers can't get through and have to try again later, or perhaps try another vendor to get what they want. Typically, there are plenty of reports in a contact center that include telling averages for these costs, and any negative sales impact will certainly be headline news at tomorrow morning's management meeting.

Customer satisfaction may be harder to quantify in real dollars, but with the competitive climate most companies operate in today, there are likely metrics for that too. Negative customer experiences may show up in a declining Net Promoter Score (NPS) or, unfortunately, it may already be posted online as another example of a company with poor service.

Unplanned agent overtime is an area you can easily quantify. Even with consistent, reliable statistics it can be difficult to accurately forecast the number of agent hours needed to handle contact volumes. Depending on agent utilization rates (the effective amount of time that agents are busy dealing with calls, chats, or emails), there is usually some buffer for minor upticks in volume. When those upticks become major, such as when experiencing a SEV1, they can rarely be absorbed within that buffer. Scheduling then becomes impossible. That is when agents already on shift are asked to stay longer, and additional agents are asked to log in or arrive early for their shifts. That is an expensive proposition in all cases, not to mention the additional drain on the contact center management team.

There are certainly other costs associated with SEV1, but we can already begin to see the answer to our question just by adding up those three. A SEV1 can quickly add up to the tens or hundreds of thousands of dollars, and in some cases, it can even reach the millions. That is why SEV1 errors should be avoided with thorough end-to-end testing throughout the software innovation cycle.

The Role of Testing

Now, everyone tests, right? Right, but 'shifting left' and finding the error earlier in the innovation cycle (design, development, testing, deployment, and production) lowers the impact of that error on production and the cost of the error. We have already looked at the related costs if a SEV1 error occurs when the application is already in production, but what if the SEV1 appears during final load testing of the application? While not as costly as an actual production error, an error found while load testing can still impact production and accumulate significant costs. In contrast, an error found earlier in the innovation cycle may not incur any incremental costs. That's why a testing solution that can span the entire innovation cycle is necessary, and it can often be justified based solely on avoiding the costs of potential errors in production.

The Role of Monitoring

Even with end-to-end testing, errors can still occur in production, especially if tests were not performed at a high enough level to simulate actual production loads across all systems. That's why you also need to perform continuous proactive monitoring of the related systems. Monitoring is the best way to detect errors in contact center systems early — before the negative effects escalate. There are plenty of solutions out there to monitor individual components of technology within the contact center infrastructure, but very few of these applications can monitor the entire customer experience from the carrier to the agent. The breadth of the monitoring is key because, remember, degradation of system performance can also result in SEV1s. Monitoring individual components may not expose a combination of errors that together add up to a SEV1 and the associated costs.

So, what would a SEV1 cost your organization?